No Slowing Down For Cain & Day 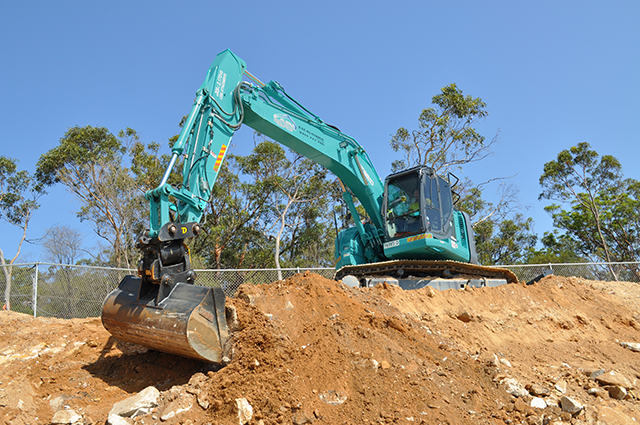 Kobelco recently had the pleasure of catching up with Mark Day, Director of Cain & Day, following the delivery of a new Kobelco SK225SR—the latest in a growing fleet of Kobelco excavators.

The excavation side of this Sydney based company was started in 2016 by Mark, his brother, Matt Day, and his cousin, Jason Cain. Together, the trio has over 40 years’ combined experience in the building industry, with Mark looking after the earthmoving division, Jason focusing on project management and general administration, and Matt working on the day-to-day running of everything in between for this growing business.

Having grown up in Sydney, Mark jumped straight into a landscaping apprenticeship after finishing school, and found himself in the seat of an excavator, which he quickly learned that he had a talent for.

“When I first started out, I went to work for a landscaping company and I gained good experience in running an excavator with a truck and trailer combination. In my early 20s I moved to the Gold Coast, and by the 1990s, I ended up working on the Gold Coast M1 Motorway upgrade. Considering the opportunity, I thought it would be a good time to go out on my own, so I bought my first skid-steer and then an excavator,” says Mark.

Thus, DMC Earthmovers was born. During this time, Mark grew the fleet to a total of eight machines, and he quickly learned what it took to be successful in the earthmoving business—hard work, honesty, and a commitment to exceeding customer expectations. Life circumstances eventually found Mark moving to the Sutherland Shire of Sydney, where the opportunity to form a new business presented itself amidst the booming Sydney real estate market.

Kobelco, A Tough And Reliable Excavator

“We were recommended the Kobelco brand by another person in the industry, who told us how reliable they had been for them, and suggested that we give them a go. My first Kobelco was an old second-hand 3 tonne machine with quite a few hours on it, which I bought from a hire company. I still use it regularly for demolishing houses, and it’s handy to have around for various stages of construction,” explains Mark.

“We have found that the Kobelco excavators are very tough and reliable, and deliver a better value for money.

“When we were ready for a new machine, we visited Sydney Trucks and Machinery Centre (STMC), which happened to be down the road from one of our existing jobs. The first time I went to their site I was really impressed by the amount of stock they had in the yard. You just don’t see that often, especially with other brands. They’ve been very good to deal with,” says Mark.

New Addition To An Expanding Fleet

“In addition to supporting the construction side of the business, we’re also working on some major civil projects, three of them being the Northern Road upgrade at Narellan, the Pacific Highway upgrade at Grafton, and the Mona Vale Road East upgrade,” explains Mark.

Cain & Day’s fleet currently consists of five excavators—four of which are Kobelco. They recently took delivery of a new Kobelco SK225SR, a reduced swing 23 tonne machine with a dozer blade, which went straight to work on the Mona Vale site.

“The operator absolutely loves it. The cab air conditioning is very good, and the machine has plenty of breakout force,” says Mark.

The SK225SR delivers powerful digging force, with tractive effort at the top of its class, so it’s no wonder that Cain & Day have been impressed with the machine. With its compact design, operators require less than 4 meters of working space, making it perfect for a tight worksite, without having to compromise on power. Cain & Day’s machine also benefited from the installation of a Trimble Earthworks 3D GPS guidance system, giving the operator precise information about bucket position, improving their productivity and efficiency.

Kobelco excavators are hand-built in Japan, creating a high-quality and durable machine, resulting in the excavator’s long-term value, which keeps Mark coming back for more. “We are currently waiting to see if we have the go ahead on another project and if so, we plan on getting another 26 tonne Kobelco.” 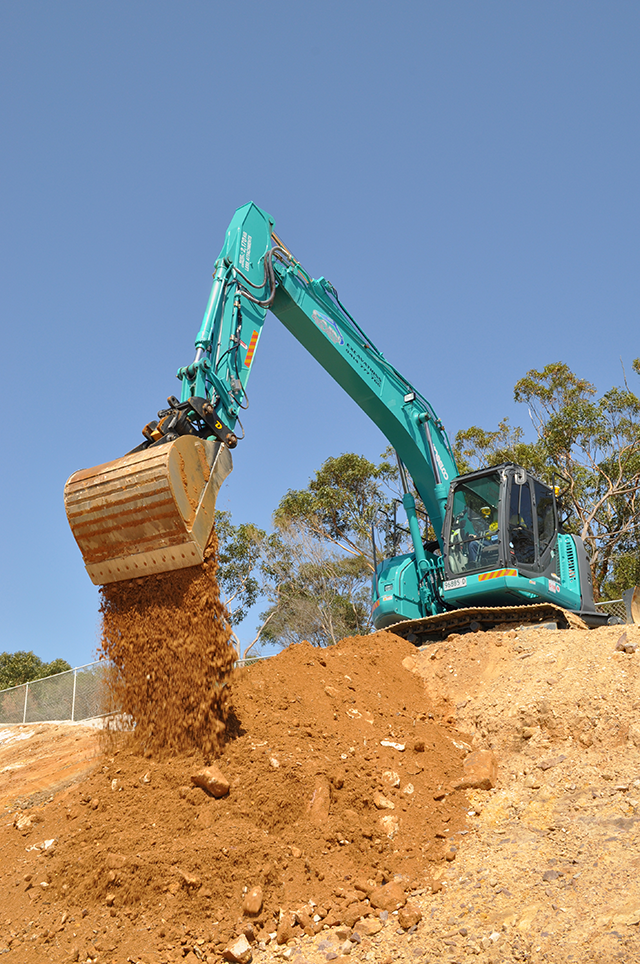 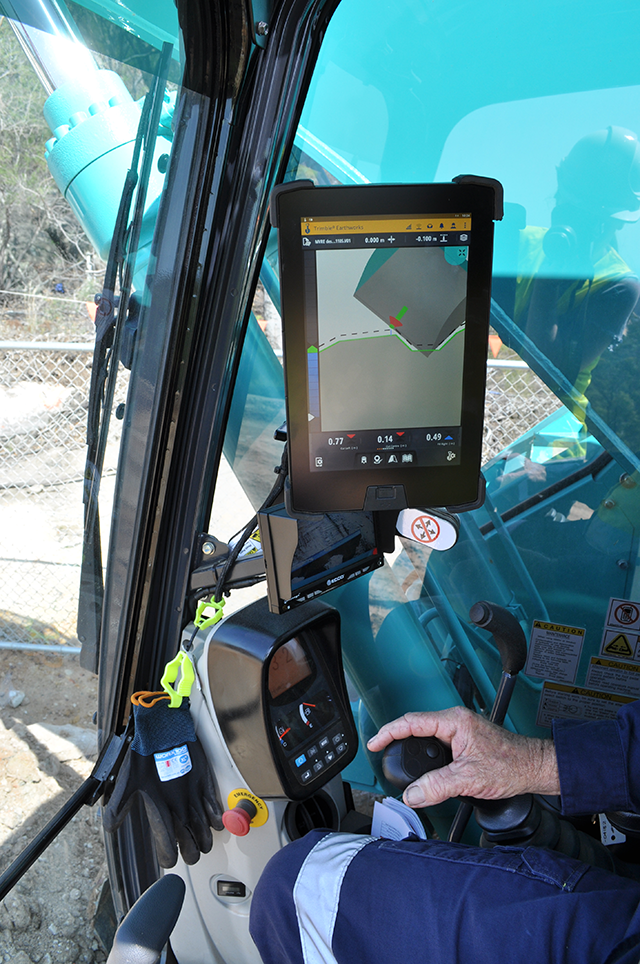 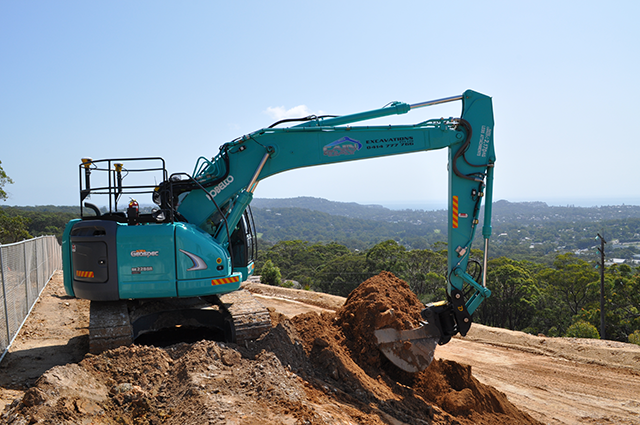 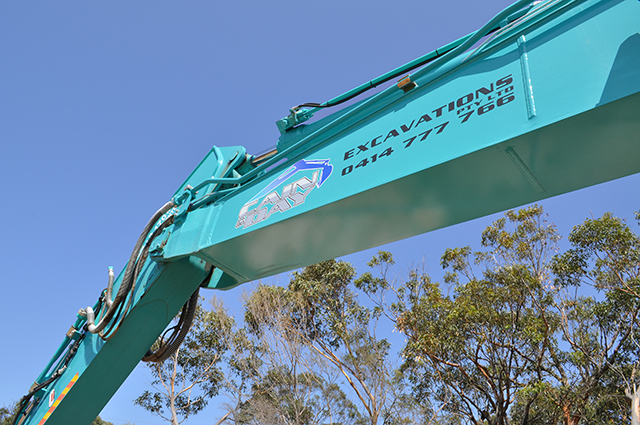