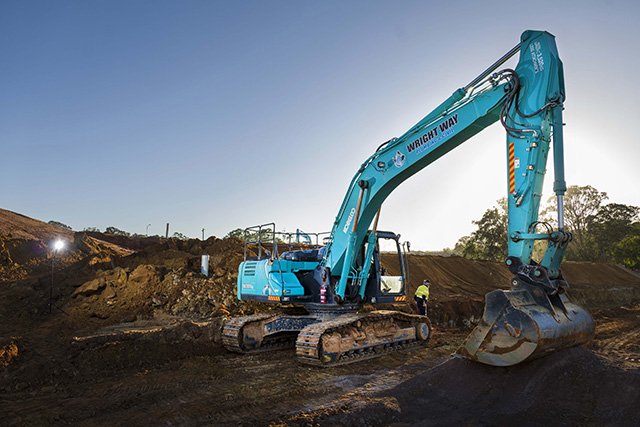 When in mid-2017 Nathan won a contract on Western Sydney’s Northern Road development he didn’t have time to wait - with a new major project alongside a busy schedule of smaller ones, he approached STM to get his fleet built fast.

Nathan owns and runs Wrightway Plumbing, a family business that specialises in civil infrastructure, primarily storm water drains and concreting on tier 2 contracts. Today, only two years since being established, Wrightway Plumbing employs 15 people from its base out of Wallacia in Western Sydney and works on projects across the Sydney Basin.

“My first heavy Kobelco excavator was so easy to manoeuvre and operate, and I was impressed that the midi was as well. With that, I was happy to approach STM to purchase new machines,” Nathan says.

“The STM team are a trusted part of my business. If I ever have any problems, STM are out on site straight away to help me get it sorted out. When I need more machines STM is the first place I’ll go to.”