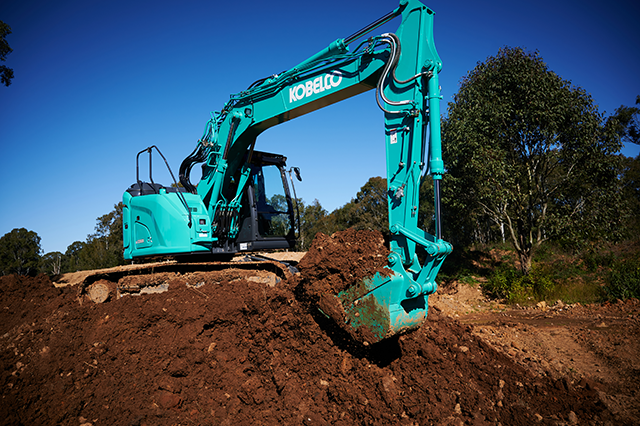 Read on for the latest Kobelco test drive by Earthmoving Equipment Magazine, as operated by Clancy Flexman, Owner of Flexible Group Australia …

There’s no denying that Kobelco has been doing a standout job in the 14-15 tonne machine class in recent years earning its reputation as a market leader in this segment. With the arrival of the new Kobelco SK135SR-7 delivering significant improvements to machine performance and overall operator experience, the bar has just been raised even further.

Now don’t be fooled by the name –  the SK135SR-7 is a 15-tonne short radius excavator that delivers enhanced performance and productivity through harmonisation of mechanical power, operating speed and overall machine design.

Kobelco has been building a solid and well-earned reputation for itself over the last decade, achieving excellent results in areas of reliability and fuel efficiency. However, there has been a change slowly but surely occurring across the brand. Kobelco says that the SK135SR-7 is the latest machine in the lineup to be released under the design banner of “Performance X Design”, an engineering philosophy that highlights the company’s ambition to build on its reputation as a fuel efficiency leader, and to also become recognised as a leader in machine performance and operator comfort.

The result has been the production of machines over the last 3-5 years with class defining breakout force, power, operational performance and operator comfort. Several years of research and development including listening to valuable feedback from owners of the previous generation has led to the significant improvements that you see in Kobelco’s SR-7 series, which have raised the bar yet again in excavator design and innovation. Staying true to its heritage of fuel efficiency and reliability the winner at the end of the day is going to be you, the end-user.

This Japanese-built machine is the end product of modern manufacturing processes and customer feedback that has been rolled up into an impressive 15-tonne machine.

Under the hood is an Isuzu 3.0-litre turbocharged diesel engine, which meets global emissions standards, while at the same time gaining a significant 10 per cent increase in engine output (compared to the SK135SR-5). The performance increase ensures no loss of power on gradients and with heavy bucket loads, and delivers a powerful tractive effort of 141kN. Complete with a new hydraulic control system, digging cycle time has been reduced by 10 per cent, compared with the previous model.

OWNER OF FLEXIBLE GROUP AUSTRALIA PUTS THE MACHINE TO THE TEST

To test out these claims we had business owner Clancy Flexman from Flexible Group Australia come out for the day. Clancy has been in the earthmoving game for decades, and along with his four-legged mate “Digga Dog”, was ready to put the SK135SR-7 through its paces.

Clancy shared, “this is a great digging machine with loads of power. From when I climbed into the cab I noticed there was lots of room as I’m a big bloke. The layout of controls was all positioned well. I had more than enough legroom for Digga to sit at my feet in the cab and comfortably operate the machine.”

Clancy continued, “the ground we were working on was pretty soft and heavy. We levelled off a pad and had a good dig around, then I took on a pretty steep climb up and over the first of two contour banks, which was a lot softer than what I thought and the machine just sank into the stockpile, so I had to rely on the strength of the boom arm to pull me out, which it did well. The visibility from the heated Grammer air ride seat was great and so was the comfort. There are plenty of cameras and the LCD screens in the cab are an impressive size and quality. It’s pretty safe to say I’m impressed with this Kobelco.”

The team at Kobelco have put a lot of time and effort into this newly designed, spacious sealed and pressurised cab. Improved control layouts and the latest available technology as standard have been factored in to further boost production efficiencies, power and class-leading operator comfort. The idea behind the cab was to produce an ultra-modern new experience that feels more like a European car.

At the heart of the SR-7 Series cab is a 10-inch colour monitor (the largest in-cab visual information screen in the industry) which ensures that all vital machine information is readily available to the operator. As part of Kobelco’s commitment to safety, the screen also provides a view of the machine’s three standard integrated cameras, which are positioned around the machine and can be combined to create a unique ‘eagle eye view’ – an overhead image that provides a full 270-degree view of the machine’s perimeter.

Installed in the new SK135SR-7 is a heated and air-cushioned suspension seat that is Kobelco-branded and built by Grammer, constructed to incorporate the joystick and armrests as one unit, so any movement of the seat means the operator remains comfortable and in full control. A specific focus on correct posture position for any operator to provide all-day comfort at the controls will enable enhanced efficiency and concentration of the operator. The cabin’s standard climate control system has been revised so cooling air is directed towards the operator’s upper torso from four ducts positioned left and right at the rear of the cab. Further aiding the operator is a new control lever and hydraulic system that has a shorter, more precise lever movement to also promote operator comfort.

Another excellent addition that got Clancy’s tick of approval was that the FOPS Level II roof guard is equipped with a lockable swing-open section so the external roof glass can be easily cleaned to ensure unhindered visibility. The efforts to create a modern car-type experience has seen a Bluetooth integrated stereo system with hands-free calling included, to allow operators to stay connected while safely in control of the job at hand.

More safety and comfort features include a door lamp that switches on when the cabin door is opened or the ignition is switched off.  The use of LED backlighting on all control switches is pleasing to the eye and reduces eye strain during night operation.

With the ever-increasing amount of operators utilising tilt rotator attachments, a specific new circuit and dedicated pump has been added in addition to the primary bi-directional auxiliary hydraulics – all standard equipment on the SK135SR-7. Along with quick hitch piping, the SK135SR-7 further demonstrates its capability as a versatile multi-purpose machine.

In conjunction with the latest hydraulic control system, the operator can select

one of seven pre-set hydraulic attachment control modes (bucket, nibbler, tilt-rotator, breaker etc.) via the 10-inch colour screen and jog-dial. The advanced hydraulic control system automatically balances and optimises machine operating characteristics to suit the demands of specific attachment types and can be dynamically adjusted to suit operator preferences. In addition to the pre-set attachment modes, four optional modes can be configured to operational requirements.

Kobelco’s Integrated Noise and Dust Reduction System (iNDr) is an exclusive design feature of Kobelco short radius machines, which effectively improves the efficiency of the cooling pack while also reducing routine maintenance requirements. The concept involves the strategic routing of cooling air through a ducting system

built around a permanent stainless steel micro-mesh filter, which all cooling air is routed through. Airborne debris is effectively stopped at the filter and prevented from reaching the radiator and coolers.

The system has the additional benefit of providing the SK135SR-7 with ultra-low on-site noise operation – a necessary requirement for operators when working in populated urban areas around Australia, or in close proximity of on-site workforce.

Commenting on the introduction of the new SK135SR-7, General Manager of Marketing, Chris Wolf said, “Kobelco is committed to designing and manufacturing the most capable and efficient excavators available, and the introduction of the SK135SR-7 demonstrates this perfectly. The SK135SR-7 delivers on Kobelco’s mission to combine unbeatable performance with modern machine design in this latest generation of excavators, reinforcing Kobelco’s position as the market leader in this class in Australia.”

The Kobelco SK135SR-7 is available at dealers around Australia and New Zealand. 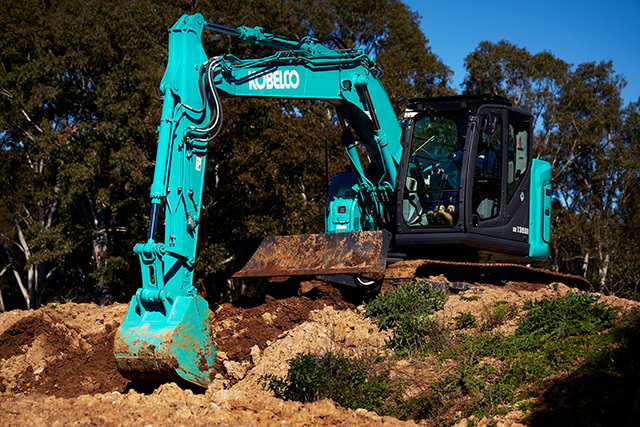 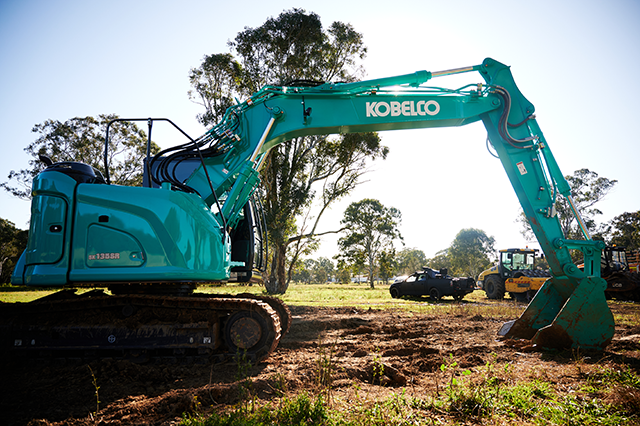 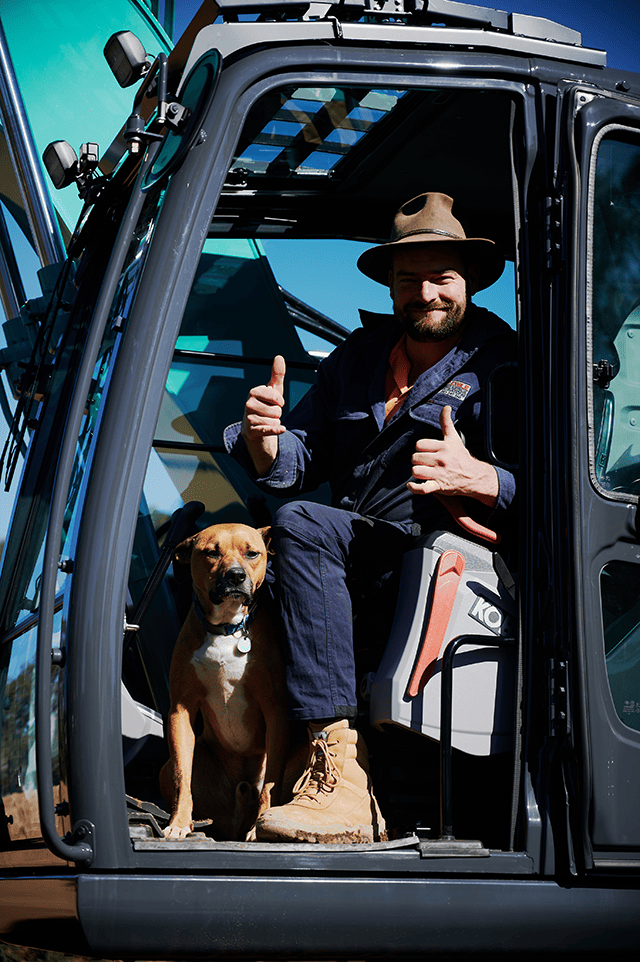 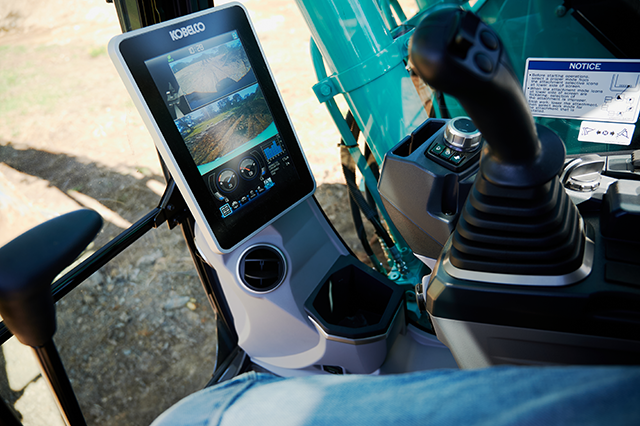