The Dream Team - Kobelco, Trimble and The Refalo Boys 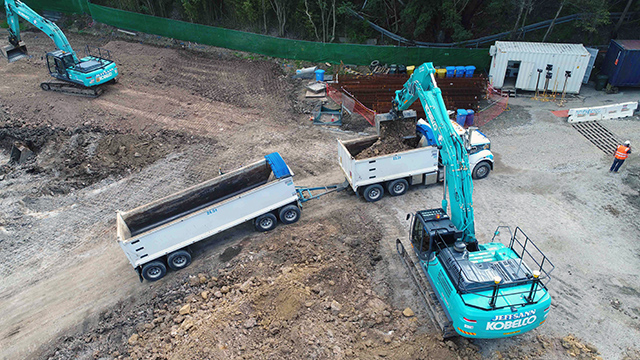 The team at Australian Earthmoving Magazine were excited to meet with Laurie Refalo from Jeffsan.  Laurie joined by his two brothers Joe and Luke run this extremely successful family owned business.

Jeffsan was founded by Laurie’s father Charlie and his older brother Joe. As a young fellow, Joe bought a bogie tipper with Charlie’s help and worked through an agency on hourly hire work located all-around Sydney. Watching his son’s success, Charlie soon decided he would have a career change and bought his own bogie tipper to join him. In 1988, Laurie joined the duo straight from school. He started out operating trucks before moving on to excavators, followed by contracting and pricing work. 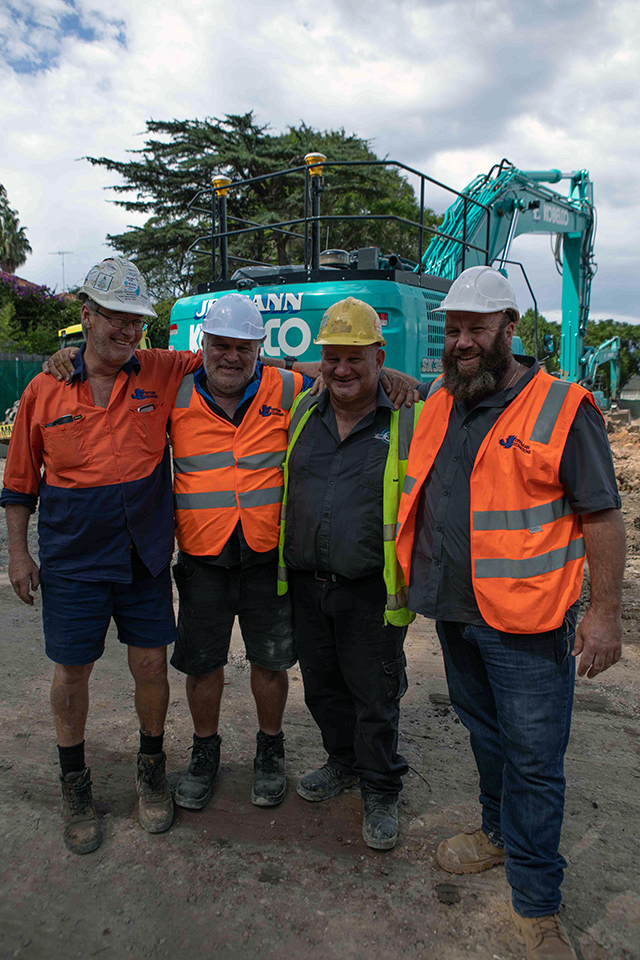 They purchased their first excavator, a Kobelco SK200 Mark 5 in 1998. It was a second-hand machine, that was reasonably priced, and they knew the owner who promised them a reliable sale. Today they have nine Kobelco excavators which are primarily used for demolition work, pulling down old buildings and structures. 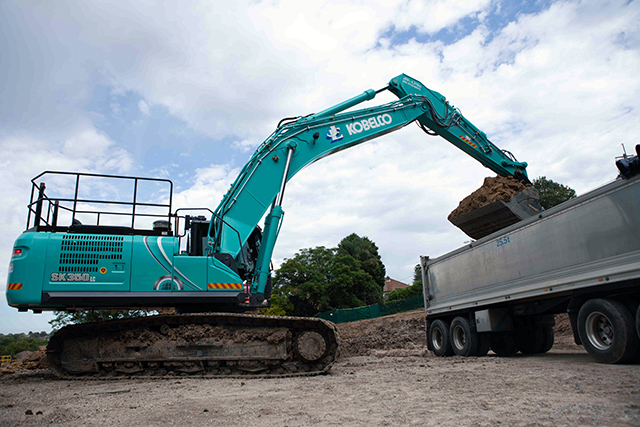 Jeffsan choose Kobelco excavators as they have proven to be very reliable, strong performing machines and are priced right. Their latest machine purchase was the Kobelco SK350 35-tonne excavator equipped with automated GPS system and load scales. Jeffsan are also very happy with the impeccable service provided by their Kobelco Dealer Sydney Trucks and Machinery and Sales Rep. Adrian Martiniello. Adrian has helped Jeffsan with all their Kobelco purchases and services. He goes out of his way to deliver on his promises which is important for their business. Sydney Trucks and Machinery overall are fantastic to deal with as they stand by their customers and stand by their product. 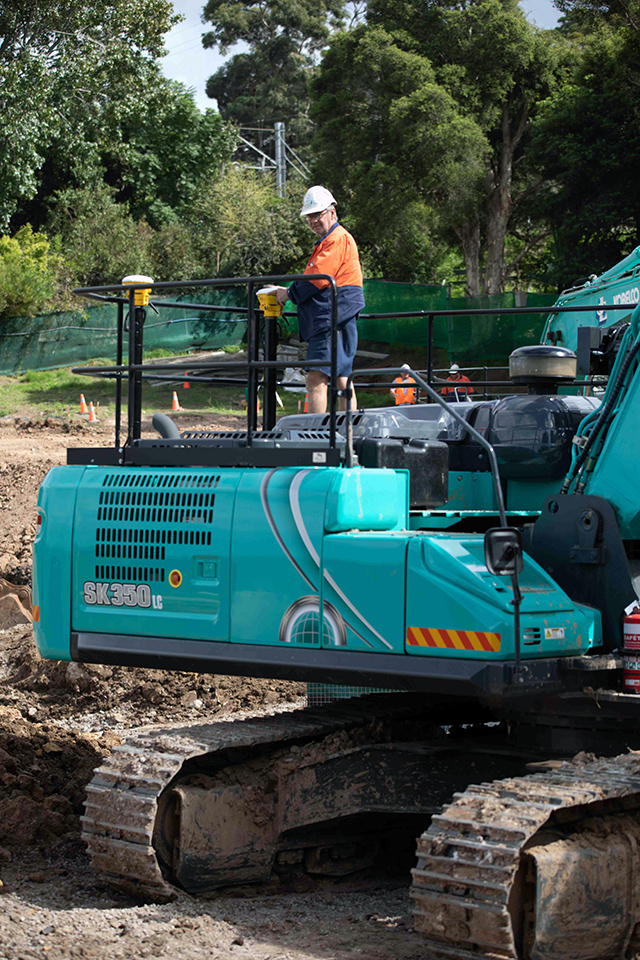 Jeffsan are working on a number of projects which include an aged care facility located at Penthurst that involves removing 15,000 cubic metres of material, bulk excavation, new design, dealing with the contamination ground, footings, back filling associated with retaining walls and the driveways. They are also working on the Marist School at Hurstville, an aged care facility at Ryde and a subdivision at Scofield’s. Also, on the project list includes, Royce at Penrith bulk excavation detail, roadworks and drainage and Bligh for New South Wales Health, which involves 2 buildings which are heavily contaminated, requiring remediation and bulk detail excavation. 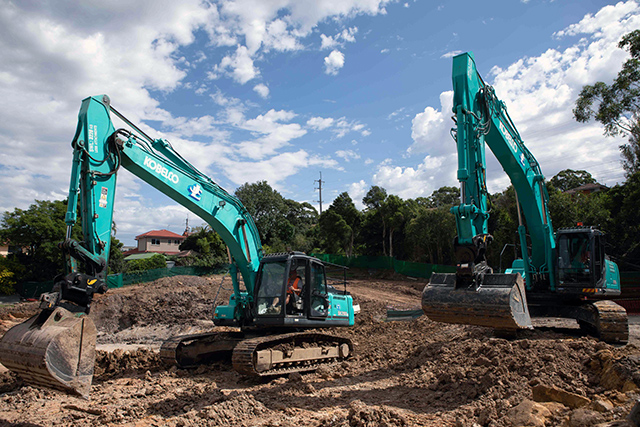