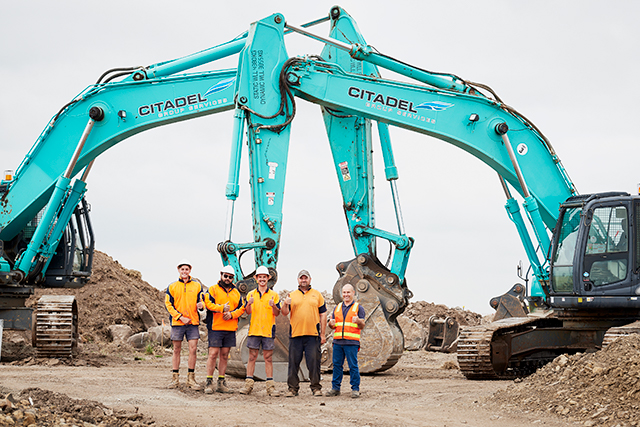 Citadel Group Services has enjoyed strong growth since its establishment in 2012, with the Melbourne-based sewer construction company, which initially started out with two employees, having grown over the years to encompass a staff of 30, while also steadily building its fleet of excavators.

Felice Di Cosmo, Citadel Founder and Director, explained that he has been involved in the civil construction industry for 44 years, working for a range of companies during this time, and that he has been able to draw on this experience and put it to good use in running Citadel.

“I have been fortunate to experience different systems of work and culture, and this has enabled me to adopt these to my own company and it’s working well,” Felice told the team at Earthmoving Equipment Magazine.

Felice advised that Citadel undertakes a range of sewer construction activities, with the business typically working on a number of different projects simultaneously across the course of its operations.

“At Citadel we construct underground sewer pipelines in new subdivisions in the Melbourne metropolitan and regional areas, and we are also qualified with water authorities to undertake confined space entry and live sewer works,” he explained.

“We generally run four to five projects at any one time, and currently we are working in Melbourne at Highlands Estate and Elpis Estate, in Geelong in the town centre and at Armstrong Village, and in Ballarat at Lucas Estate.”

Felice advised that Citadel’s relationship with Kobelco dealer Melbourne Tractors stretches back more than five years, with Citadel having purchased its first 35 tonne Kobelco excavator from the construction and earthmoving equipment supplier in 2014.

In the years since, Felice told EEM that he and Melbourne Tractors Managing Director Ken Bennett “have formed a great business relationship”.

“I have been working with different brands of excavators for 44 years, and I felt that the Kobelco brand, along with Melbourne Tractors’ sales and service, is the best value for money.”

Felice added that he had initially purchased two of his 50 tonne Kobelco excavators in late 2017, and was so happy with the performance of the machines that he purchased another one in November of  last year.

He pointed to a range of benefits delivered by Kobelco excavators, highlighting the operational efficiencies provided.

“With all of the Kobelco excavators, I find that the low fuel consumption and the digging power is great compared to other brands,” he commented. “This is obviously saving Citadel money, and when you are running nine excavators, you see the savings and productivity at the end of the month.”

Family-owned-and-managed Melbourne Tractors, which is based in Somerton, has over 30 years of experience in the earthmoving, construction and agriculture industries, having first commenced operations in 1983.

It has steadily grown over the years, presiding over the opening of a number of new branches in the form of Ballarat Tractors in 2000, Melbourne Tractors Dandenong and BrisVegas Machinery in 2008, and MelTrac Machinery in 2018.

Matt added that in recent years Citadel has purchased Kobelco SK350LC-10 and SK500LC-9 excavators, and also pointed to the productive relationship that the two companies enjoy.

“I believe our working relationship with Felice is good,” he commented.

“We support him well with his fleet of machines, whether it’s new machine sales, parts or service.” 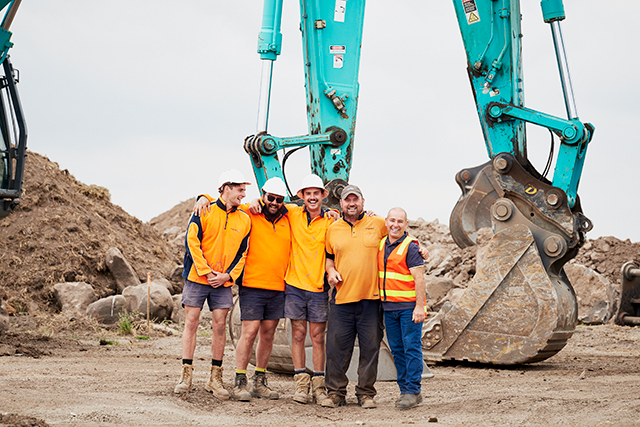