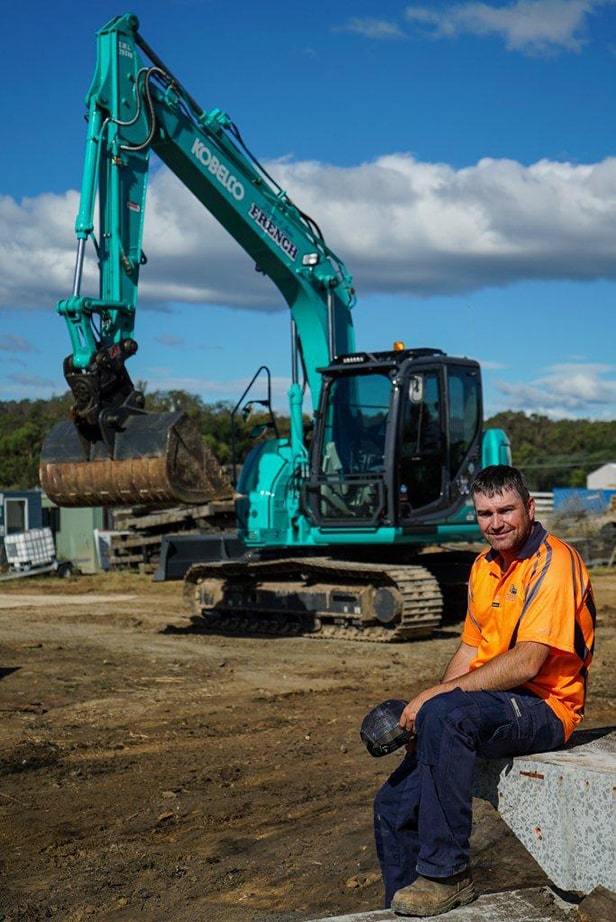 The first new Kobelco SK135SR-3 midi excavator sold in Australia is delivering an unheard of level of fuel economy, according to its owner, Jason French.

Jason and his father Danny run an excavation business in Tasmania, with work ranging from civil and domestic landscaping through to farming and irrigation.

Just a few weeks after taking delivery of the SK135SR-3, Jason can hardly believe how light on fuel his new machine has been.

“Since we’ve had this machine we’ve been using less than seven litres of fuel per hour on average,” he says. “That’s just amazing.”

But the fuel economy has not come at the expense of comfort or functionality.

“The controls are the smoothest I’ve ever used, it is quiet both inside and outside the cab, and it’s roomy and comfortable. That’s what you want when you’re spending long hours each day in there.”

This most recent generation of the mid-size excavator also comes with a number of updated features including a very low-emission engine, rear-view camera, a colour monitor and GEOSCAN tracking technology.

GEOSCAN is a remote monitoring system that can track fuel levels, service schedules, working hours and many other attributes of the machines.

He hasn’t bought anything apart from Kobelco since joining his father in the family business when he was 19 years old.

“You want to be certain that when you or one of your men jumps into the machine in the morning it’s going to start first go and keep going all day. That’s exactly what we get with our Kobelcos. We don’t spend any money on them from service to service and we have a great relationship with our dealer. Why wouldn’t we go back?”

Key specifications of the new SK135SR-3:

For more information on the Kobelco SK135SR-3, click here