Pulling into the operation-base quarry for Sydney Sandstone is an impressive site, revealing more than a dozen Kobelco excavators spread out across a 70-acre section of open quarry. The company produces everything from crushed sandstone through to large sandstone blocks for subdivision retaining walls and general construction from the Sydney metro, Hunter Valley, Newcastle and down past Wollongong, with a couple of jobs seeing the product go all the way to Victoria.

I watched the team of 14 operators and some 18 pieces of gear work together in sync in a process that included a series of large saws cutting through stone to eventually allow a Kobelco with a hydraulic hammer to tap the edge of the saw to split it out of the ground. It is an impressive process of multiple dead straight cutting, which produces large blocks of stone with surprisingly clean edges. As soon as the block has been tapped away from the uncut ground underneath, the Kobelco with a grapple is ready to lift it up and perfectly position it into the waiting truck.

The site itself is a 125-acre quarry with about 70 acres that are open and producing sandstone at the moment. The quarry was purchased from the previous owner and the site has been operating as a quarry for about 50 years.

When I talked to owner Andrew Irwin about this process, he shared, “At other sites  with softer sandstone they don’t need to use a hammer to remove the stone after it has had its final cut, but our Sydney Sandstone here is quite hard and top quality, which is great for the product but places additional stress on our equipment. This is why I have always worked with Kobelco – we simply need their top-quality hydraulic flow to run our larger saws and attachments.

“The Kobelcos have been doing a top job for us since 2003-2004, and with our fleet ranging from 1.8-tonne to 35-tonne machines we have had the requirements to really put the range through its paces. If there was ever going to be a weakness exposed in the quality of the steel in the boom and other areas we would have found it, but because Kobelco is a steel company we see this quality of build and steel as a very good asset for Kobelco.”

Andrew comes across as someone who has been in the game for a long time. He knows what works and what features are valuable to him and his fleet. “I’ve just ordered two 50-tonne machines, which are going to be an impressive addition to the business.

The fact that we can dial up the hydraulic flow when sawing, as well as having a great service team in place with Kobelco and Sydney Trucks & Machinery means that if we do have any type of issue, which is rare, it’s pretty much rectified on the same day. But as we tend to turn over our machines after 6000-7000 hours, we don’t really have any issues. That’s exactly why I’ve just purchased 4 x 350s (SK350LC-10) – it is a very good machine. These new dash 10s have had impressive feedback from our operators because they’re a power machine and nothing really ever goes wrong with them,” said Andrew.

The site was more than impressive from  a photographer’s perspective. It looked like a great place to film a movie scene. After flying the drone around, capturing some impressive shots, I had the opportunity to have a good chat with STM’s Sales Manager Mark Morris, who recently joined the family business after 16 years of selling earthmoving equipment at Pickles Auctions.

I asked Mark about STM’s relationship with Sydney Sandstone. “STM has had an impressive 15 year relationship with Sydney Sandstone and over that time they have purchased 4 x SK350LC and 3 x SK250LC machines. Andrew is a strong advocate of the Kobelco product due to their reliability and class-leading hydraulic power. Most of Andrew’s work is cutting and breaking sandstone with large hydraulic rock saws and hydraulic hammers, which the Kobelco product handles extremely well. Andrew is considered part of the family; the team often enjoys a late-night phone call from Andrew with a new idea or report on how well the machine performed that day. It’s this exact type of relationship that the team at STM celebrates. Andrew also relies on STM’s aftersales parts and service team who is readily available to attend site to maintain Andrew’s large fleet of Kobelco excavators.” With the hydraulic saw-mounted Kobelcos happily running anywhere from 8-12 hours a day, slicing through hard sandstone in testing conditions, Sydney Sandstone’s operations are a glowing endorsement of the Kobelco product.

From the team at Earthmoving Equipment Magazine! 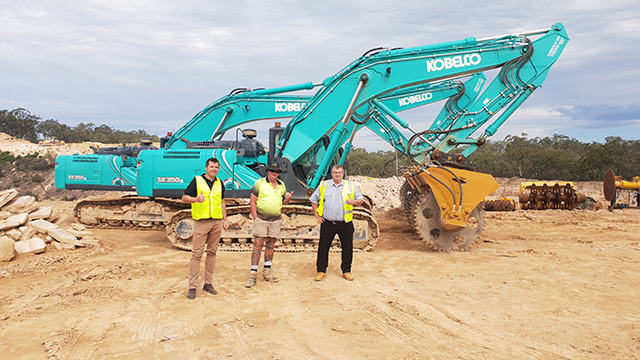 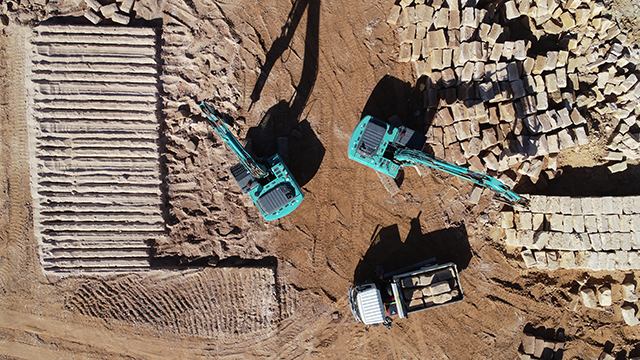 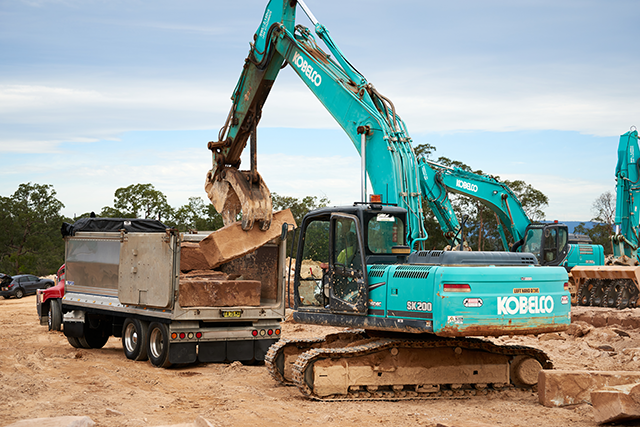 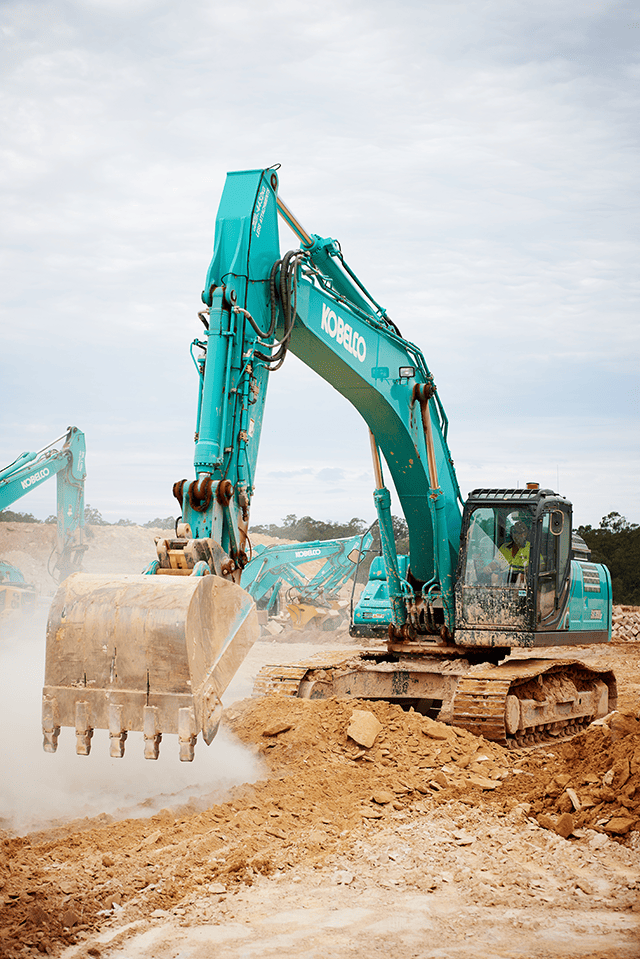