Read on for the latest Kobelco test drive by Earthmoving Equipment Magazine, as operated by Scott Lidster, Director of Australian Earth…

Construction equipment manufacturer Kobelco has been producing machines since 1930, with the Japanese company priding itself on its history of developing pioneering technology, and focused on bringing to market fuel-efficient, productive and reliable excavators that incorporate leading design and technology.

In launching its SR-7 series midi range excavators in the local market at the beginning of September, Kobelco highlighted the greater efficiency, productivity and advanced interior design on offer from the series, which it attributed to several years of research and development, including taking into account feedback from owners of its previous SK75SR-3 and SK85MSR-3 models.

Ahead of our test drive, putting the SK85MSR-7 through its paces, Kobelco Construction Machinery Australia General Manager, Marketing & Direct Sales, Chris Wolf also stressed the “huge improvements on the new model compared to the last one”.

“There has been a big focus on improving performance with this generation, with increased speed, better productivity and efficiency, and a much more powerful engine compared to the previous model,” Chris explained. “And the cab has also taken a giant leap forward in terms of design. We think it is going to set the benchmark in the industry for operator comfort.”

The SK85MSR-7, which is available with a swing boom configuration, certainly presents as a smart-looking and solidly put-together unit from the outside (it weighs in at an operating weight of 8.4-8.8 tonnes), and what you see on the outside is backed up by a slick and highly functional interior design.

IN THE CAB: OPERATOR COMFORT A KEY FEATURE

Kobelco describes the SK85MSR-7 as sporting a “simple and elegant design”, with in-cab features including a jog dial that integrates multiple functions and which is designed to provide simple operations, while the cab’s range of switches and dials have LED backlights, and an LED interior light automatically turns on when the door is opened or the ignition turned off for easy operator entry and exit.

The SK85MSR-7 is decked out with a new large-sized cab, and its air suspension seat with heater – a Grammer seat installed as standard equipment – is definitely a big winner, delivering an enhanced level of operator comfort – and, during the test ride, which was undertaken in rocky and undulating conditions, the SK85MSR-7 handled comfortably, delivering a super- smooth experience.

At the controls, the lever angles are designed to provide for comfortable operations, with the operator able to move the levers horizontally without twisting their wrist. In operating the SK85MSR-7, visibility is good, and close quarters operations will no doubt prove to be its bread and butter, with operators having plenty of scope to keep an eye on what is happening in their vicinity.

The cab also features a smartphone holder, which can be used with your smartphone connected to a USB port, Bluetooth connectivity, a 10-inch colour multi-display monitor, and built-in rear, left and right cameras, while the SK85MSR-7 is fitted out with an automatic climate control system, with multiple air conditioning vents placed strategically around the operator, delivering more comfortable operation.

The SK85MSR-7 sports a Yanmar Tier 4 Final engine with a rated power output of 53.7kW/2100 min-1, with Kobelco advising that the engine output has been increased by 27.9 per cent compared to the SK85MSR-3E model – while, with a dynamic digging force of 60.2kN, the arm digging speed is increased by 37 per cent resulting in a reduction in digging cycle time of 15 per cent.

Kobelco states that the SK85MSR-7 delivers a 38 per cent increase in loaded boom lifting speed over the SK85MSR-3E – and in putting the SK85MSR-7 through its paces, I absolutely experienced the extra power and speed on offer, with it really delivering across a range of different functions.

The productivity benefits on offer from the SK85MSR-7 are reflected in its specs – with Kobelco advising it attains high performances without speed reductions, even when it is lifting a heavy load or when travelling on a slope – and, in tackling a variety of tasks throughout the test drive, it was certainly up for the challenge.

From the performance side of things, it was extremely impressive that I could introduce blade work as well as other functions, and in doing so the hydraulics were still consistent. Usually, when you’ve got to get a run-on on a blade, something gets compromised, however I certainly didn’t feel it throughout the process and operating in very dry and very hard dirt the SK85MSR-7 maintained a high level of performance.

When it comes to multi-function capabilities, Kobelco advises that the bucket, breaker, nibbler and rotating grapple flow-rate modes are set before delivery allowing operators to start immediately, while additional attachment mode settings, such as for the tiltrotator, can be added or changed easily.

The SK85MSR-7 is equipped with Kobelco’s Geoscan excavator remote monitoring system, allowing for remote monitoring of machine data, including the machine’s operating hours, location, fuel consumption and maintenance status, and also features Kobelco’s exclusive iNDr cooling system, designed to deliver low-noise operation and protection from dust. At the heart of the iNDr system is a lifetime rated pleated stainless steel filter, which all air passes through before entering the cooling pack, and which is easily removed in order to clean out any airborne debris, preventing it from reaching the coolers.

Kobelco advises that all maintenance-related items are concentrated at the right-hand side of the machine for easy entry with simple ground level access to all daily maintenance points. Meanwhile, also contributing to smoother and hassle-free operations, Kobelco advises that the distance between the upper structure and undercarriage has increased by 20mm, a design which it states has been implemented to reduce the possibility of damage from debris.

As for the sort of applications the SK85MSR-7 is suited for, I can easily see it being put to use across a range of urban projects, including council and residential operations, with its midi range size providing it with a degree of versatility in the tasks it takes on. It is clearly packing the power to get the job done – and, in terms of getting around from project to project, its transportability is a bonus. 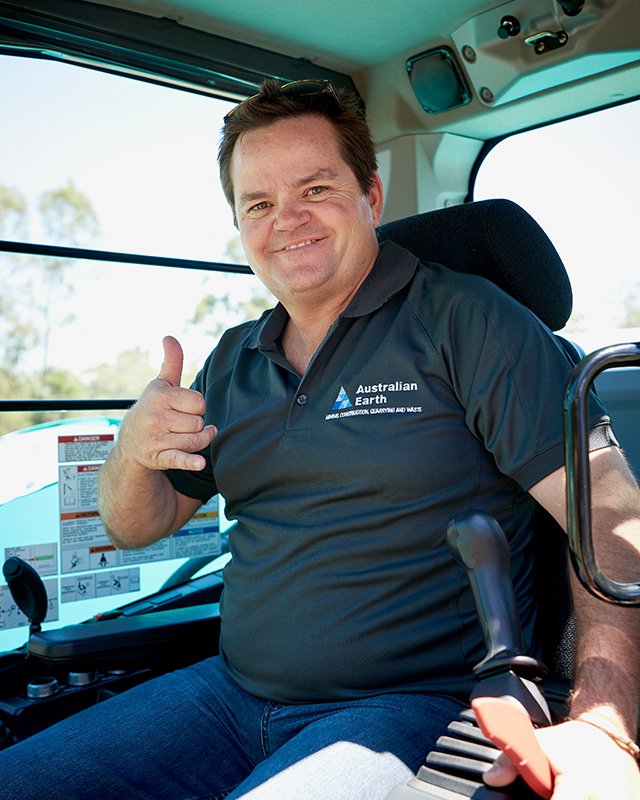