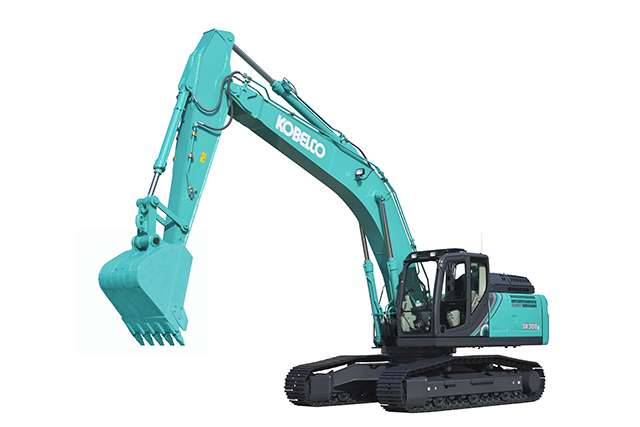 A new 30-tonne excavator has entered the Australian market as Kobelco Construction Machinery Australia releases its SK300-LC, answering calls from industry for a reliable and efficient heavy excavator in this class.

Kobelco General Manager – Sales & Service Doug McQuinn says the new model, part of the latest Generation 10 range, hits the sweet spot for those wanting something big, but not too big.

‘Kobelco machines are engineered for maximum capacity at maximum efficiency, and the SK300-LC is no different,’ Doug says.

‘With the launch of this model we’re addressing what the industry asked for – a tough, reliable, performance-driven 30 tonne machine. That’s what we’re delivering.

“As you would expect from Kobelco, this new generation boasts class-leading fuel economy and excellent work performance.”

The SK300-LC is the latest model to be released as part of the Kobelco Generation 10 series, which had a staggered release in Australia beginning in 2016.

“The Generation 10 machines are serious diggers, but innovative engineering means they use up to 10 per cent less fuel compared to their predecessors. This dramatically lowers fuel costs while still producing significant power,” Doug says.

The new Kobelco Arm Interflow System is a key contributor to the Generation 10 machines’ improved efficiency. A hydraulic regenerative system, it enables the boom’s weight to force hydraulic fluid to the shovel arm. As the need for fluid to be forced from the pump is reduced, less engine and hydraulic workload means lower fuel consumption.

Ease and speed of serviceability are also key features of these excavators.

“The SK300-LC features the revised upper deck layout that is across all the Kobelco Generation 10 excavators, allowing easy access to the engine compartment. There’s a new compact and easily replaceable canister-type hydraulic oil return filter, and a new reinforced air-cleaner element. These machines are designed to keep time off job-sites to a minimum while maximising the value of the machine back to business,” Doug says.

“The impressive specifications and features of the SK300-10LC, Japanese technology and customer-led feedback have successfully come together to provide customers with resilient excavators offering reliability, operator comfort, low cost and high work efficiency.”