KEEPING IN THE FAMILY The operational performance and fuel savings that James Riley and his team saw in their year-old 20-tonne Kobelco excavator made them return to the brand for their latest 35-tonne model – the SK350LC-10. Anjali Behl, Earthmovers & Excavators Magazine, reports.

For three generations, the Rileys have been carrying out roads and earthen reservoir projects for the water supply, irrigation and forestry industries in Victoria, with special focus on the east Gippsland region. Based in Clifton Creek, south-eastern Australia, Riley Earthmoving has extensive experience in construction of forestry roads and large-scale dam constructions.

Starting as a small business clearing land for farming with a single bulldozer, the company today owns a medium-sized fleet of plant and machinery. Peter Riley was in his 20s when he joined his father’s business after buying a bulldozer. His brother, Danny, followed his brother’s footsteps and joined the business a few years later. That was over 40 years ago. Today their sons, James, Josh and Trent, are working in the family business.

“It’s a family-owned business started by my grandfather, Cyril Riley, in 1964,” James says.

“Around 44 years ago my father joined the business and it has been family-owned and operated ever since. I’m the third generation of the family working in the business along with two of my cousins.”

The company employs close to 30 people with experience and expertise ranging from civil construction, forestry works and earthworks to water works, building, plumbing and site management.

“Most of the work we do is large-scale dams – irrigation dams, water-storage dams, earthworks, rehabilitations work with forestry, and we have recently also started doing landfill rehabilitation,” James says.

“At the start of his career my father worked with scrapers in Western Australia and then when he moved here he bought a scraper, which was one of the first scrapers to be used in the east Gippsland region.

“From there they grew the operations to, at one point, be in a position to run six scrapers. Today, our fleet includes a range of dozers, excavators, 30-tonne dump trucks, scrapers, water trucks, compactors, graders, smooth drum rollers and quad floats,” he says.

NEW KID ON THE BLOCK

“When we decided to buy a new 30-plus tonne excavator, we didn’t have to think long before deciding to go with Kobelco. We bought our first Kobelco excavator over two decades ago and we have been very pleased with their machines, particularly in terms of fuel consumption and operational efficiency, so we decided to go with them again and bought the Kobelco SK350LC-10,” James says.

Kobelco’s unique hydraulic system technology reduces energy loss, thereby minimising fuel consumption while maximising power. The machines have been engineered to deliver excellent durability that can withstand demanding work conditions – a feat James and his team attest to. The Kobelco SK350LC-10 had already clocked over 200 hours in the first three weeks of work with Riley Earthmoving.

With its 503-litre capacity fuel tank, 209 kW engine and improved digging force and travelling force, the SK350LC-10 is one of the most successful models in the large excavator category in the market today. It takes less effort to work the lever, reducing fatigue over long hours of operation, says Kobelco.

“Last year we got a 20-tonner from Kobelco and we’ve been very happy with the fuel consumption and performance. Kobelco’s sales team had assured us that if we ever wanted to go for something bigger we would get something just as good, if not better.

“And since we bought the new machine we have noticed that the fuel consumption of Kobelco is a long way in front of many of the other brands,” James says.

For Riley Earthmoving, there was another reason to return to Kobelco for the new excavator – the service.

“Kobelco’s service assistance is second to none. If ever we have had any issue with our machinery their team has always resolved the issue very quickly. That is a huge benefit for us considering we are based so far away from Melbourne.”

That, combined with next-generation productivity, durability and operational efficiency, results in lower life cycle costs making Kobelco a sought-after choice for many businesses. 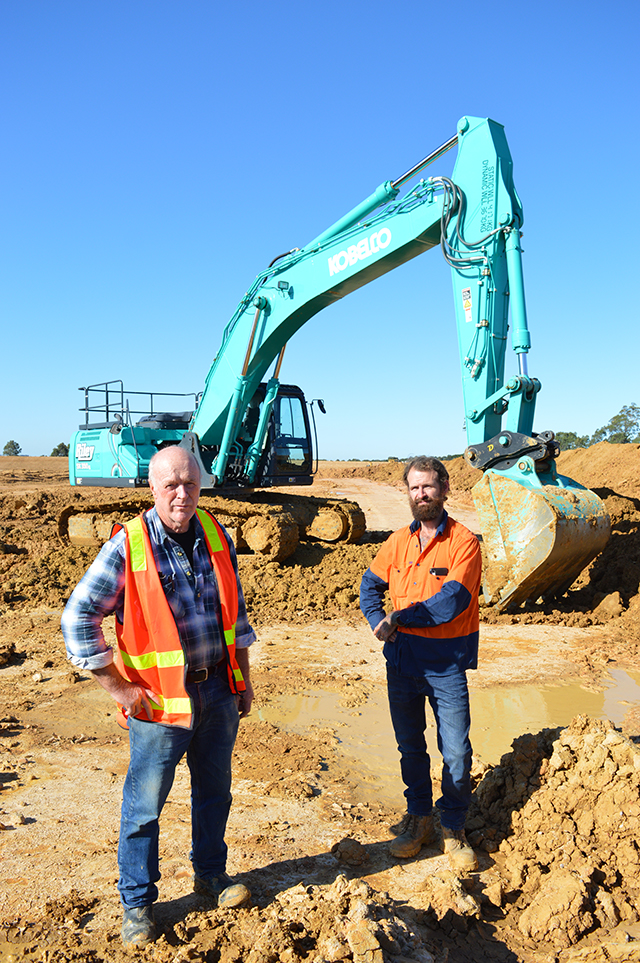