In the words of Adrian’s Metal Recyclers owner Adrian Fuller, the Gold Coast-based business has evolved from humble beginnings, having originally started out as one man and his ute, and subsequently growing over the years to encompass a fleet of 10 trucks, 40 staff and four depots across South East Queensland.

Adrian told EEM that he had established Adrian’s in 2005, having initially started the business halfway through high school, drawing on a strong family background in the industry, which stretches back two generations.

“I have been involved with the industry since I was 18 years of age,” he said. “But you could say I was born into it.

“My grandfather was heavily involved in the salvage rights for the local tips, my father in metal recycling, buying ferrous and non-ferrous metals, and now I specialise in scrap car body recycling.”

Adrian stated that while Adrian’s buys all ferrous and non-ferrous metals, its strength is in car bodies with the business buying any type of old, damaged, scrap, used and unwanted vehicles, and its cash-for-car removals service focused on making the process quick and convenient for its customers.

From SUVs, to utes, vans, trucks and 4×4s, Adrian’s car evaluators provide a quote based on the make, model, condition and current value of a vehicle in the market, with free pick-up provided anywhere in the Gold Coast region.

“Automotive scrap used to be labelled as the ‘nuisance’ of scrap metal,” Adrian explained. “While our competition was shying away from buying car bodies and automotive scrap, that was what we chose to focus on. We delivered a quick and easy service to people who didn’t know what to do with their old car.

“We advertised heavily in local papers and notice boards, we went door knocking, and we were active in our approach to buying. As times have changed, we’ve moved our advertising spend towards online, however the amount of customers we get just from word of mouth would have to be our greatest accomplishment. Word of mouth is better than any type of advertising!”

Among its other services, Adrian’s additionally deals in selling second-hand auto parts for all makes and models of vehicles, and offers scrap metal recycling and collection services in the Gold Coast, buying a range of scrap metals.

Adrian, who has been using Kobelco machines since he started his business, pointed to the transformative impact machinery advances have had on day-to-day operations, and observed that he has been motivated to upgrade his machinery to help cope with an influx of work.

He told EEM that his approach to his business has evolved over the years in line with machinery advances, and the tangible benefits they can deliver, which have in turn paved the way for more efficient and effective operations.

“Up until a few years ago I couldn’t fathom spending hundreds and thousands of dollars on a piece of equipment,” he commented.  “I was old-school in my thinking, and did everything by hand, until space became an issue and staff an even bigger issue.

“Our intake was twice as much as we could produce in a day. Our stock levels were high, our staff were struggling to keep up, and that’s when I knew it was time.  Now we have the right equipment, our daily turnover has doubled, our staff are happier in their jobs, and we are getting the maximum amount of recovery out of our materials (with a lot less labour).”

This approach has seen Adrian’s add a Kobelco SK135SRD recycling excavator, designed specifically for car dismantling, to its fleet.

Kobelco advises that the cab features a roomy design and is air tight, with inside and outside air-conditioning filters, and rides on suspension springs, while providing a wide-open view through large front and side windows.

Meanwhile, the machine operation has been configured to provide a natural feel, simplified by operation of the clamp arms by foot pedals and the nibbler via joystick-mounted rocker switches, with levers, pedals and switches designed to be operated without requiring excessive force, preventing fatigue during extended periods of use.

“The best features on the machine are by far the way it handles vehicle dismantling,” Adrian commented. “Smooth, less noise than processing with a grab excavator, faster processing and higher recovery out of the car bodies.”

Adrian additionally highlighted the importance of the SK135SRD’s Geoscan remote monitoring system, which provides security features and access to a range of data, including: location data, operating hours and fuel consumption, along with maintenance data and warning alerts.

He said that Kobelco dealer BrisVegas Machinery (part of the Melbourne Tractors Group), based in the Brisbane suburb of Darra, has played an important ongoing role in ensuring the SK135SRD is operating at its optimum capacity, describing BrisVegas as “first-class when it comes to checking the machinery”.

“The good thing about the machine being brand new is they [BrisVegas] have a database – so, if something comes up wrong, or a feature or an issue comes up, it gets sent through their computer, and they’re the first people to give us a call and let us know  if the machine’s a little bit warm, and they come down to check it,” he commented.

“I really appreciate what they’ve done for me. So, that’s why we’re going to go for another machine – one, because we need one, and two because we wouldn’t go anywhere else to buy one.” 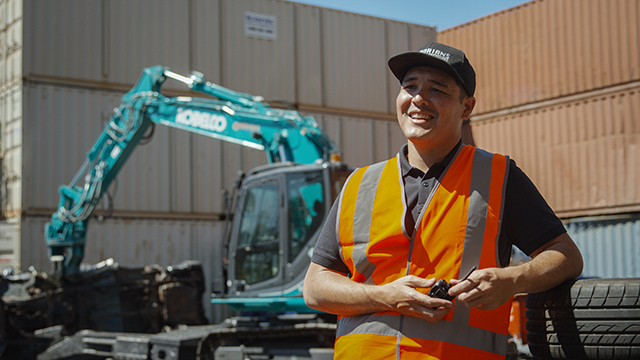 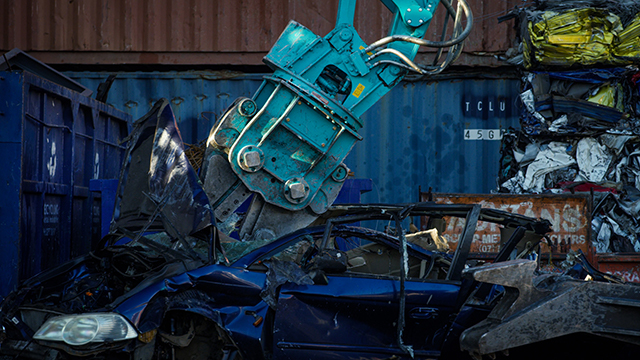 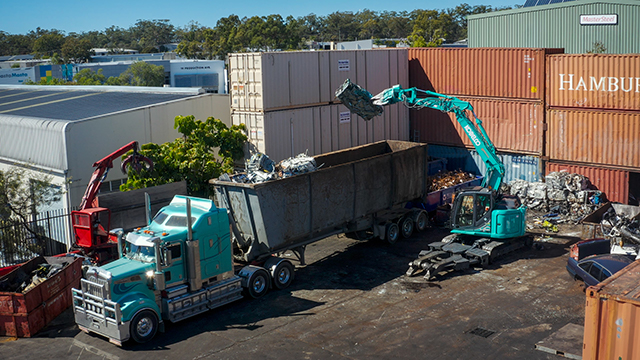