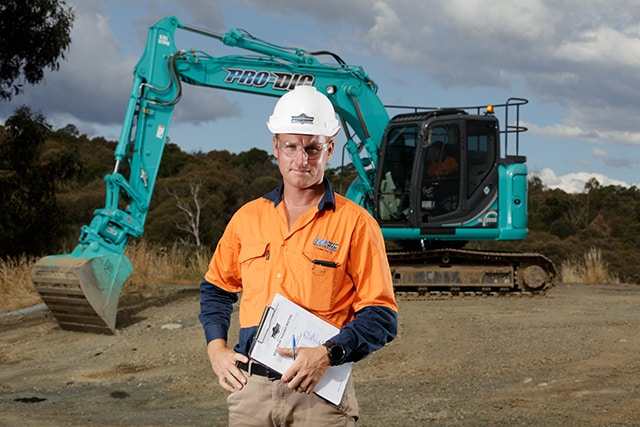 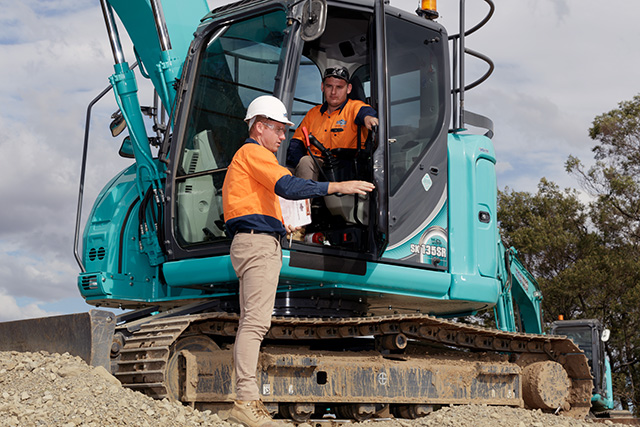 Pro-Dig Earthworks, a Launceston-based professional excavating service, is the first company to take delivery of the new Kobelco midi-excavator SK135SR-5 and it’s already giving them a boost over their competitors.

“A big plus is that it’s got the new Tier 4 Final engine – a good green tick for the larger projects we go for. Larger corporations and governments have stringent environmental policies, and this gives us a nice edge when competing for tenders,” says Callum Roberts, Director of Pro-Dig Earthworks.

“Fuel consumption on the SK135SR-5 is excellent – it has only done 200 hours so far but we’re currently only using 6 to 8 litres of diesel per hour,” Callum says.

Callum and his wife Candice established Pro-Dig Earthworks in 2008 with one excavator and a truck. This year, as the company celebrates its tenth year in the game, they have about 20 staff and 35 items in the fleet. Their excavator fleet of 14 is entirely Kobelco.

“In the beginning, we went to a few different suppliers to find a new excavator and we chose a Kobelco from DLM Machinery in Launceston. It was a great decision – Dave and his team have the best back-up service I’ve ever seen,” Callum says.