We recently took a group of customers to Japan during the 7th to 11th April 2014 to thank them for supporting the Kobelco brand and our dealers. This was our third customer trip and was one of the best so far. There was a group of 41 guests that attended which included customers, Kobelco Australia dealers and Kobelco representatives where guests were shown the production process at the Kobelco factory and the commitment of Kobelco quality.

Guests also got to experience Japanese culture through a week of fun filled activities planned for the group. On Tuesday they visited a Sake Brewery in Kobe, had lunch at Mount Rokko which overlooked Osaka and Kobe, then travelled by Shinkensen (a bullet train) to Hiroshima.
Over the next few days the group enjoyed visiting the Hiroshima Peace Memorial and museum, shopping, local sightseeing, travelling to Kyoto and visiting two temples. They also got to stay at the new Marriott Hotel which is 300m high – the tallest building in Japan which just opened in March 2014 with magnificent views across Osaka.
Here are some comments from customers that have attended:
Director of Loadex Hire, Gary Singleton: “Thank you to Kobelco for one of the best trips we have ever done. Kobelco far exceeded any of our expectations for this trip.”
Grampians Excavations, James Leithhead: “We had a great time in Japan and particularly enjoyed the factory tour which has further reinforced our confidence in the product.”
Headlam Howlett Excavations, Robyn and Mark Headlam: “We had a fantastic trip and could not fault anything, we thoroughly enjoyed going through the Kobelco factory and also the car dismantle factory.
The purpose of business is to create and keep a customer and I think D&L Morrison as well as Kobelco Australia has achieved this.
We have currently seven late model Kobelco excavators ranging from 1.7 tonnes to 22 tonnes and after this trip I’m sure we will have many more.” 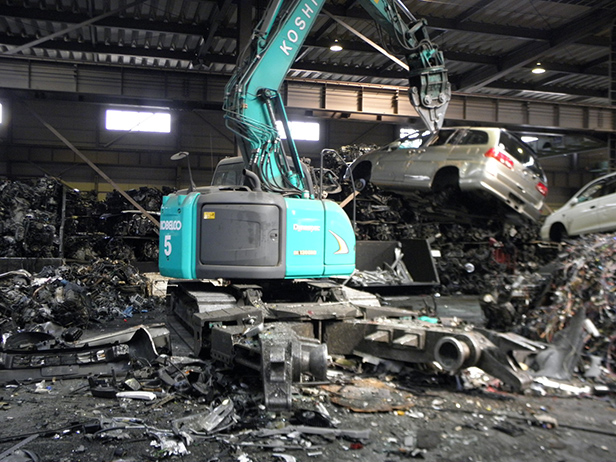