A routine visit to Japan more than two decades ago has literally changed the way Mike Third, owner of Total Auto Recyclers in Dandenong, Victoria, runs his business. It was on that trip to Japan that Mike first saw Kobelco’s Multi-Dismantling machine take an entire car apart in just minutes.

“I saw the possibilities immediately,” said Mike. “It looked like a dinosaur eating its prey, but I knew it actually represented the future of my business. Dismantling a whole car in a matter of minutes – and using just one person, the operator – was a revolutionary idea. I had to have one!”
Although Kobelco had sold more than 1,000 Multi-Dismantling machines In Japan since 1979, the machine was not yet available in Australia. Mike set about acquiring a second hand unit from Japan, but very few came on the market. Then the new version of the Multi-Dismantling Machine was released in 2006 with an important new feature.
Mike persisted and, in October 2009, became the first Australian customer to take delivery of a Multi-Dismantling machine.
“I was one of the first two customers outside Japan to get one of these beauties and, to me, it was better than taking delivery of a new Ferrari,” he said.
To read the full story, click here
For more information on the Kobelco Multi Dismantler Excavators, click here 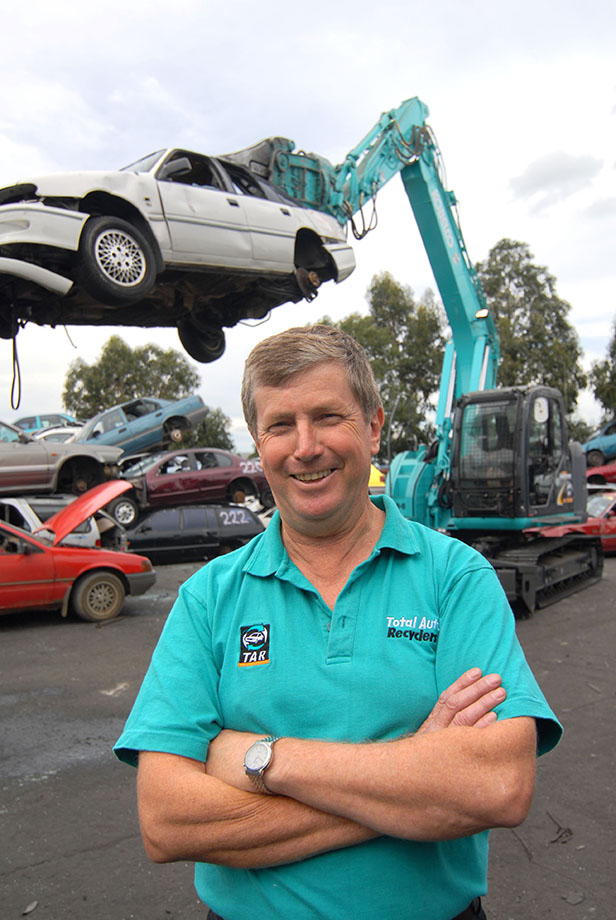